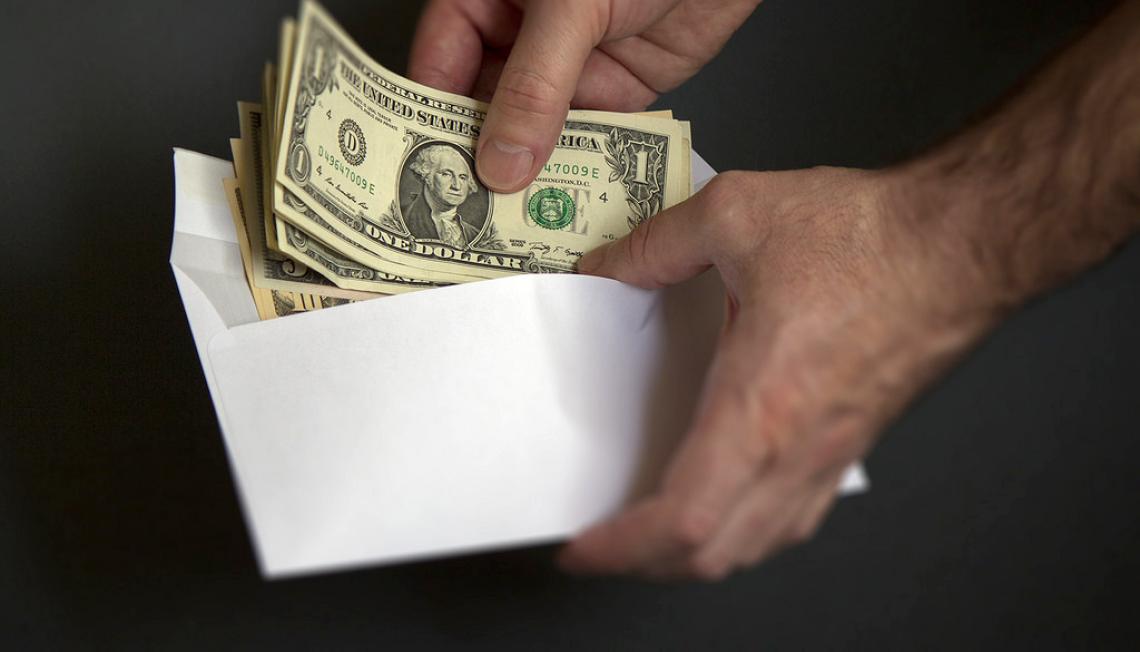 The Price of Justice Initiative helps jurisdictions address the disparate impact of fines and fees on defendants who cannot afford them.

The Price of Justice: Rethinking the Consequences of Justice Fines and Fees is a project of the Bureau of Justice Assistance aimed at reexamining the justice system’s use of fines and fees. (Read a Q&A about the initiative). By helping jurisdictions ensure their justice fines and fees are consistent with constitutional guarantees of equal protection and due process, the Center for Court Innovation will address areas of local and national concern—including the disparate impact of fines and fees on defendants who cannot afford them. Technical assistance under this initiative will help jurisdictions grapple with the ways in which assessment and enforcement of fines and fees may waste justice system resources, trap people in cycles of poverty, perpetuate racial and socioeconomic inequalities, and compromise the integrity of the criminal justice system. Over a three-year period, California, Louisiana, Texas, Missouri, and Washington will receive expert assistance from the Center for Court Innovation to develop innovative solutions to these issues.

Price of Justice grantees will set out to:

The Price of Justice grantees will also learn from each other and eventually serve as models for other states wishing to reform their use of fines and fees. Each grantee faces similar though distinct challenges, and will undertake projects to address those challenges.

The Judicial Council of California

Problem: California is excessively reliant on fines and fees to fund basic court operations and other important government programs. Defendants in California are allowed to serve time in jail as a way to satisfy fines and fees, contributing to increased incarceration.

Proposed Solution: The Judicial Council of California will take a collaborative, data-informed approach to address the impact of fines and fees on low-income individuals. This will include establishing a working group, analyzing jail populations, and developing a tool to calculate how much defendants can afford to pay. In three years, the Judicial Council aims to increase collaboration among justice system partners regarding fines and fees.

Problem: Louisiana has the highest incarceration rate per capita in the nation. Within the incarcerated population in the state, many individuals are held for failure to pay, despite their indigence. Additionally, there are inconsistent collection practices for fines and fees across judicial districts in the state. Where data on fines and fees do exist, reforms have not yet been tested or implemented.

Proposed Solution: The Louisiana Supreme Court will increase transparency by creating a publicly available database listing all fines and fees with which defendants and incarcerated individuals may be charged and an administrative data system to track those fines and fees that is searchable by individual and date of payment. The project will also develop Louisiana-specific statewide best practices and support for local courts to implement those best practices. By educating and engaging local courts, clerks, sheriffs, and other justice system stakeholders, the Louisiana Supreme Court aims to increase collaboration and data sharing. It will also develop alternative consequences for unpaid fines and fees that will promote rehabilitation.

Problem: In Texas, justice-involved individuals who are unable to pay their fines and fees are legally allowed to participate in alternatives to justice debt, including community service, work programs, electronic monitoring and tutoring programs. Yet courts rarely make use of these options. Judges and court staff report difficulty in determining litigants’ ability to pay and linking those who cannot pay with appropriate alternatives.

Proposed Solution: The Texas Office of Court Administration plans to develop a series of products, including a tool to calculate ability to pay, an online program to link individuals without the ability to pay to alternative community service options, and an educational curriculum for judges and court personnel. The Office of Court Administration estimates that it will be able to serve more than one million defendants through this project.

Problem: Following the death of Michael Brown, the U.S. Department of Justice published an investigative report identifying serious shortcomings in the Ferguson court system, including policies and practices aimed to maximize revenue rather than public safety. One of the most significant issues was the requirement that all individuals who could not pay their fines and fees must appear in court. This is particularly difficult for low-income individuals who are impacted by challenges in transportation, child care and employment—along with the lack of clarity around municipal court procedures.

Proposed Solution: By increasing opportunities to resolve citations for minor violations without appearing in court, the Missouri Office of State Courts Administration intends to increase transparency and access to justice while reducing the number of summonses, warrants, and fees issued for failure to appear. The project will establish a strategic working group and create automated systems to facilitate out-of-court resolutions and match individuals with appropriate alternatives.

Problem: Although criminal justice stakeholders across Washington recognize the problematic nature of fines and fees, the state is faced with a number of institutional challenges that make reform difficult. Because Washington has a non-unified court system, there are big differences in the ways that counties, cities, and judges impose and enforce fines and fees. Serious shortcomings in data collection make it difficult to identify the effects of these varied practices. The need for reform is particularly urgent given that Washington State has a high proportion of indigent defendants (80-90 percent), severe debt burdens—including one of the highest interest rates of criminal debts in the nation, 12 percent per year from the date of judgment—and fines and fees ordered by state superior courts that do not expire until the debt is paid in full.

Proposed Solution: The Washington State Minority and Justice Commission intends to encourage criminal justice stakeholders to work together to compile data that will support recommendations for changes in legislation, court rules, and practices relating to the assessment and enforcement of fines and fees that have a disproportionate impact on low-income individuals. Towards this end, the commission plans to establish a working group, conduct a statewide study of fines and fees, and develop a tool to calculate defendants’ ability to pay.

The Price of Justice Fact Sheet

Add Innovation to Your Inbox

Receive important updates about our work transforming the justice system